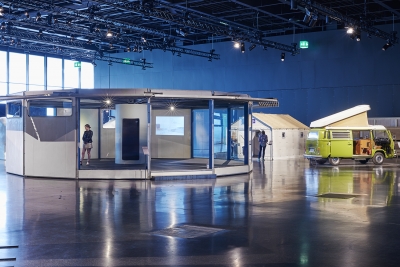 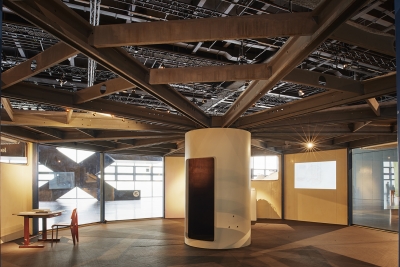 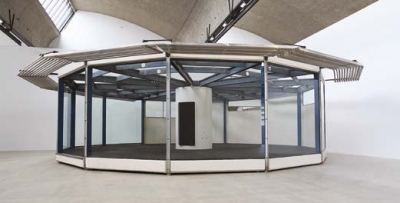 In 1969 energy provider Total began implementing a mass -production policy for its gas stations: the big ones on France’s freeways and the smaller roadside units. For this the company called in Jean Prouvé, who had already amply demonstrated his skills in the field of prefabrication.

The buildings used a radiating central-plan structure of galvanized steel sheet, with a central cylinder and perimeter poles. The façade comprised thirteen polyester and glass panels. The diversity of building plots led to a choice of near-cylindrical buildings on one or two levels, with or without accommodation.

The circular shape of this small, one or twolevel structure reflected the client’s wish to stand out from the competition with filling stations whose originality of design would combine a powerful, readily identifiable symbol with an attractively modern corporate image.

Speed was of the essence: the design process had to be rapid and the construction period brief so that the stations could go into operation as soon as possible.

In recent years Patrick Seguin presented an entirely new scale of Jean Prouvé’s work with his most innovative demountable architectures.

The gallery works strenuously to promote the demountable houses of Jean Prouvé and has developed an editorial line of monographic books that accompany the exhibitions.