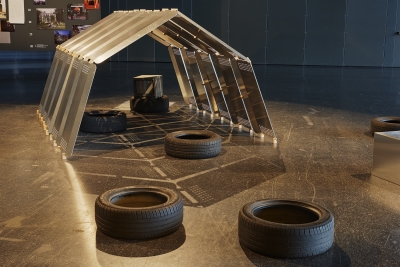 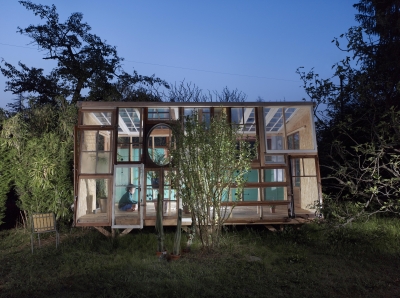 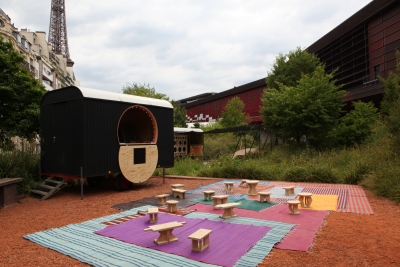 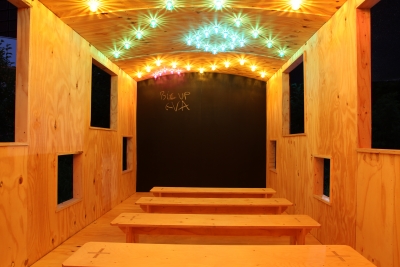 Bureau A/ presented by S AM Swiss Architecture Museum

Bureau A/ presented by S AM Swiss Architecture Museum

BUREAU A
MAIDAN , 2014
presented by S AM Swiss Architecture Museum

This simple shelter structure designed by Bureau A – a Swiss architecture firm comprised of Leopold Banchini and Daniel Zamarbide – was made in reference to the transitory architecture built during demonstrations in Maidan Square in Kiev. Bureau A, who founded their practice in 2012, took an interest in the underexamined type of temporary settlement that could be rapidly deployed with limited resources and know-how. The shields are made from 3mm thick folded aluminum, a precise replica of the shields used by Ukrainian Special Forces, and held together through a simple system of wooden joints. Compact, lightweight, and efficient, the Maidan shields can be constructed in an improvisational manner, and flexibly serve a broad spectrum of uses, from singular functions to an entire encampment for thousands of people.