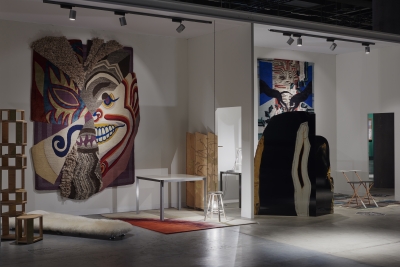 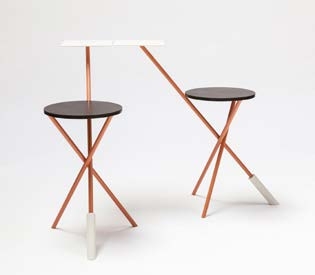 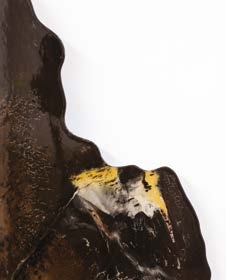 MANIERA invites architects and artists, inspired by the spatial environment, to design limited-edition furniture. Due to the architectural way in which its designers think, characterized by a clear awareness of space, MANIERA furniture is truly   architectonic. The architecture-driven design works are therefore placed without having to enter any architectonic negotiations.

MANIERA functions as a laboratory where architects and artists transcend their own medium. The interface between the visual arts, architecture and design is of vital importance in this context. Above all, MANIERA aims to bring a young, up-and-coming generation of architects and artists to the forefront, but also to show established and renowned figures in a new way. The most important elements in this are an idiosyncratic language and a conceptual mode of thought.

For Design Curio, MANIERA commissioned architect Kersten Geers and artist-architect Richard Venlet of OFFICE to conceive an architectural installation. Inspired by the diminutive space in a Design Curio booth, OFFICE decided to deprive space of space. They designed The Difficult Duo: a two narrow, consecutive corridor-like rooms that are connected through a door. The visitor is invited to walk from one room to the other and, due to the limited space, is forced to take a close look at the furniture, its materials and textures.

Since its conception, MANIERA stages ‘duos’ of designers, artists and architects that speak in a given space. Here one room compiles the limited-edition furniture series MANIERA 01 & 02, designed by OFFICE Kersten Geers David Van Severen and Studio Anne Holtrop. The other shows the newest series MANIERA 03 & 04 by 6a architects and Richard Venlet. Rugs by textile designer Christoph Hefti accompany the duos in both rooms.